Just want to share the trail of Mt. Ugo from Tinongdan Barangay Hall. 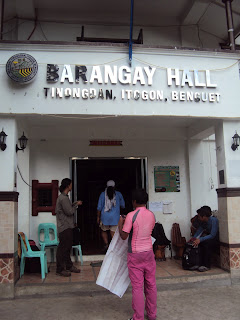 This is Tinongdan Baranggay Hall. From here, it's a downhill cemented road of I think around more than a kilometer leading to the jump off of Mt. Ugo. It's best to stay on the left side of the road as the other side is a cliff going to the river. Upon seeing the signage, it's a turn left leading to the bridge. One will not miss it, the signage is visible. 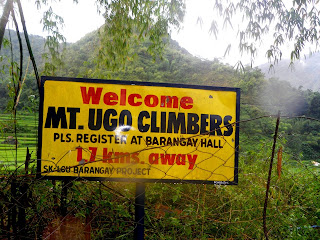 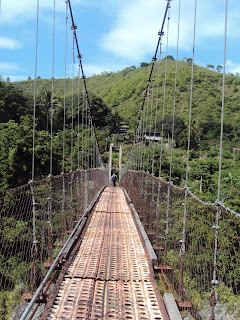 After the bridge is a turn left to a community, just follow the trail, do not get inside the community of old houses, this is a trail that will lead to rice paddies. 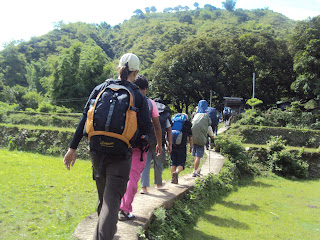 Please be mindful of trail signs as there are many local trails, you might end up following a wrong one. You will enter another community. 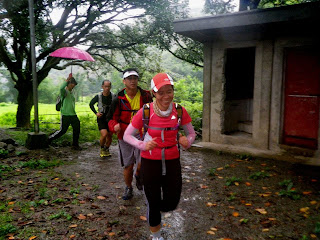 After here  is another turn left now following an uphill trail. This will now be a trail leading outside the local communities and will now start the never ending ascend.  While concentrating on your breathing and making sure of your footholds, make sure to look around, the view of the mountain range is beautiful. If it is sunny, some parts of this trail will be too hot. But if it will rain, it could be very cold as well. 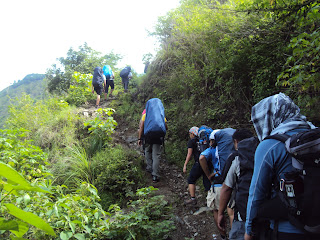 This is going to be a long uphill trail after which you will have some flats on some parts. Until the trail will lead to a descend, there will be a community of around  two or more houses, turn left going up hill again. On some part of the trail there will be cows and sometimes they run after you. 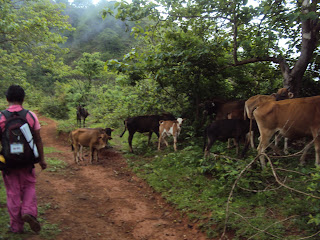 It's all the way going up already passing by some parts with pine trees and some parts open trail. 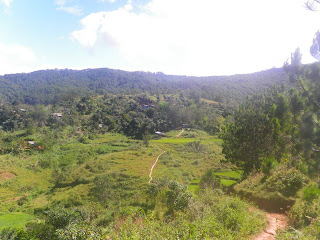 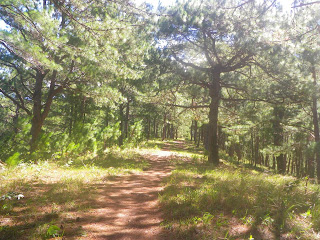 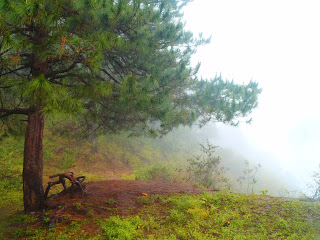 After several kilometers of open trail and trail under the pine trees, it will again lead to another community, Lusod, which one can refill water at the drinking faucet. This will be the last community before heading all the way up to the summit. 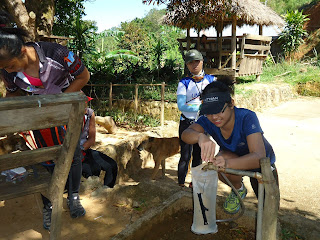 After Lusod, one will pass by small portion of rice paddies again then will lead to all uphill trail under the pine trees. 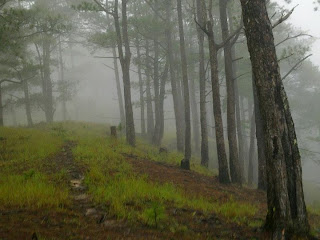 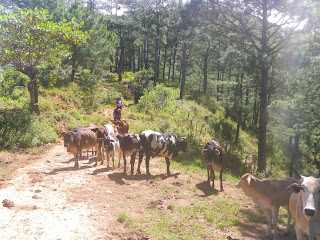 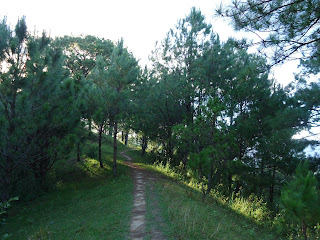 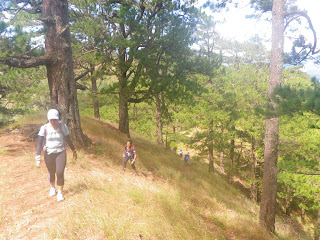 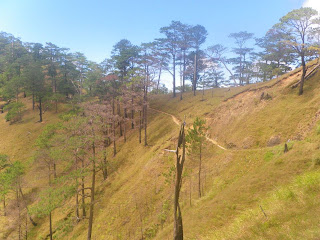 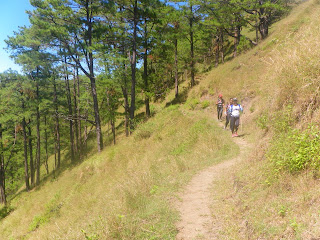 It's all ascend up to the summit passing by mini forests before seeing the signage of Mt. Ugo. 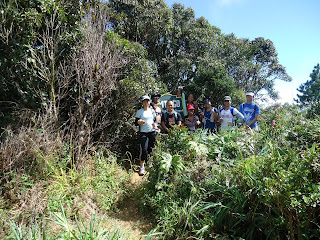 Going down is passing the same trail back to the barangay hall of Tinongdan. Reserve some energy after passing by the last bridge going back to the cemented road as it will all the way an uphill run up to the barangay hall. It's going to be too tiring to ones lungs  and to the knees. But this is going to be fun, promise, I've done this trail several times in the past and I love it. I tried it when it was raining and I am cold and wet and I tried it on a hot sunny day too. Both are fun filled adventure. Happy running.

Note: Some pictures are taken from the album of Mayan Nicolas and Badodong delos Angeles.

Posted by Curly Climber at 4:00 PM