As posted in Wenger's Writers by Sarah Esterman and with my personal thoughts about each race.

For most of us, completing a marathon in itself is an accomplishment to feel pretty proud of. But there are some who aren’t’ satisfied with the 26.2-mile feat, no matter how rough the conditions. These are the “freak” athletes who compete in some of the most physically taxing endurance races on the planet: adventure races. Through all kinds of extreme weather, these athletes trek across rocky terrain, summit mountains, wade through deep jungle swamps and more, testing their physical and mental strength just because they can.

If you’re feeling up to the challenge, here are the six toughest:

Marathon des SablesSahara Desert
Translating to “Marathon of the Sands,” the Marathon des Sables bills itself as one of the toughest footraces on Earth. And chances are they’re not wrong: this 6-day trek through some of the most inhospitable conditions on the planet is not for the weak of heart. Besides the 100-degree heat keeping even your sweat from cooling you (since it evaporates immediately in the intense heat) and the added difficulty of running through sand, the landscape does little to help with your mental anguish since you will see nothing but rolling sand dunes for miles. A total distance of 156 miles, you basically have to run a full marathon each day of the race. Reading the description of the race, it sounds exciting. My personal thoughts, why not. I have several friends whom I raced with especially that of my Cambodia multi staged race has done this race in the past and others will be doing this year. They said it is worth joining. I think to myself , why not. I will make this part of my list of future races.

Death Valley, California
Imagine running 135 miles nonstop on pavement from Death Valley to Mt. Whitney, California in temperatures reaching up to 130 degrees. Oh, and don’t forget the elevation climb of over 8,500 feet. Sound miserable? That’s why the Badwater Ultramarathon is also widely recognized as one of the world’s hardest footraces. And be sure to pack an extra pair of shoes (or two), because it is not uncommon to completely burn through your shoes during the race in the grueling mid-July heat. With the initial excitement brought by supposedly being one of a support crew in one of the participant of this race but did not push, a dream was formed. Never this race drawn interest in me, but reading the qualifications and the toughness of the race course and most especially watch two movie about this race in the past year's event, it ignites my curiosity, and belief that I too can do this race. I hope to be part of this race in the future. Will work on the qualifying races in the next 12 months. 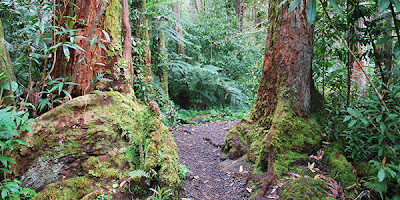 Jungle Marathon
Manaus, Amazonia, Brazil
Here’s a few questions organizers of the Jungle Marathon suggest you ask yourself before even thinking of attempting the race: 1) Can you handle 104-degree heat in 99 percent humidity? 2) In Primary Jungle with a dense canopy and not even a peek of sunlight? 3) Anaconda-infested swamp crossings? 4) River crossing with caiman and piranhas? 5) Huge elevation gains on muddy, often slippery, slopes? 6) The only sleep you get is accompanied by the sounds of howler monkeys and jaguars? 7) All of this for 150+ miles? If you answered yes to all of these questions you may very well be insane, but you might also be able to manage completing the Jungle Marathon. Well done, you. Un-imagineable for me at this very moment. I cannot think of a way how on earth will I be able to survive this kind of race and return home one piece and breathing. So a no no at this time. Who knows in the future.

Coastal Challenge
Costa Rica
Organizers of the Coastal Challenge race up Costa Rica suggest racers “be ready for anything.” That’s pretty good advice, considering racers—either solo or in teams of up to four—will likely encounter reptiles, getting completely lost in the jungle and huge cliff drop-offs. The 6-day race covers up to 155 miles includes rainforest and mountain trails, single track across ridgelines, coastal ranges, beach reefs, rocky outcroppings and more. Oh, and be prepared to run into a few crocodiles. This race draw my interest last year. A multi staged race but will only carry hydration for the day, with stations of food and hydration in between. But running with crocodiles could be very challenging. But despite that, I thought of doing this race in the future.

Godzone Adventure Race
Queenstown, New Zealand
In the Godzone Adventure Race, teams of four navigate, trek, mountain bike and canoe across a 310-mile route over the course of 6–7 days. Oh, and the race is unsupported, meaning each team has to fend for themselves and there are no daily check-ins with food, water or other provisions. Which means there’s no designated time for sleep, forcing teams to choose whether it’s more important to push forward and attempt a win, or get some sleep to sustain energy—a tough call. Adventure race has never been in my list for I am weak on bike and swim and most especially on land navigation. May be in the future when I will be able to hone my skills on those discipline.

Chilean Patagonia
Known by some as the “Race to the End of the World,” the Patagonia Expedition Race has also been called, “The Last Wild Race” because of its challenging terrain and is unofficially considered the Ironman of adventure races. Both a physical and mental challenge, the 10-day race involves trekking, mountain biking, kayaking, climbing, roping and more across more than 300 miles of Southern Patagonia territory including glaciers, rivers, swampland, mountains and more. Basically, if your team of four finishes this race you can say you’ve completed the toughest adventure race on the planet. And you’ll have supported a great message while doing so, since one of the reasons the organizers started the Patagonia Expedition Race was to help raise awareness and conserve the fragile environment in the region. Patagonia is always a place I love to go and visit, but doing an adventure race on this part of the world is unthinkable for me. The mountain bike could be very challenging but  think is possible. It will entail so much land navigation but being with the team I think it is something manageable. I am not closing my door on this race. Who knows in the future I can hone my skills on the other discipline.

Posted by Curly Climber at 6:58 AM