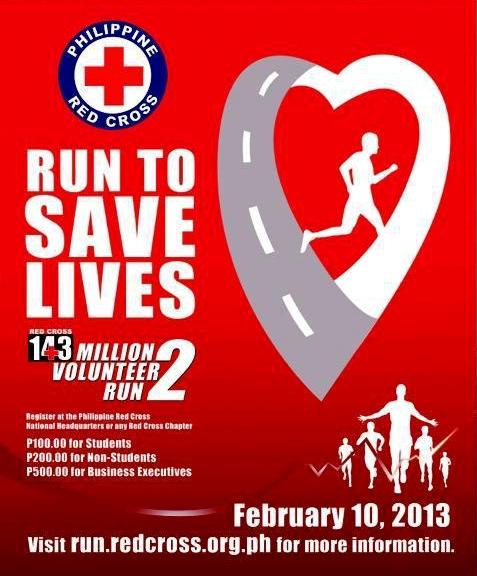 Second edition of Philippine Red Cross' Million Volunteer Run, my weekend has just been within the Metro so I decided to join my cousins doing this fun run. Distance is an option of 5km and 3km. Will do the 5km and continue on with my Sunday run after crossing the finish line for more mileage to cover.


Almost a kilometer distance before reaching the starting line an hour before the start of the race, I started my warm up run. Cars cannot come nearer anymore due to big number of runners flooding into the starting line. It's still dark, I have to negotiate my warm up run with other runners and the bumper to bumper vehicles. As I follow the influx of runners I lost track of my cousins, attempted to find them on the swarm of people majority in red colored shirt but to no avail. I decided to stay near the starting line.

No marshals, no volunteers, runners are just moving here there and everywhere. Thousands of mix age group of runners around, students, middle aged and some seniors. The sound of the band and the sound system from the stage situated few meters away from the starting line added to the  chaotic yet festive atmosphere of the area. With no idea what time will this 5km fun run will really start, I decided to entertain myself by taking pictures of what is written on the shirts of some runners on a very discreet way. I was successful with some but not to most of it. 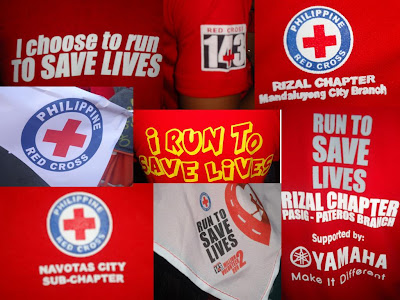 As we were released way beyond the day break, I just run my own pace with an extra care, I don't want to get injured on this overly crowded two lane road closed to the public vehicles and just dedicated to the runners. I am happy with my pace, at times I push little faster if an opportunity comes, until I reach the finish line. All the more the Grand Stand is swarmed with thousand and thousand of runners, including myself. After I grab a copy of the finisher certificate I attempted to look around for any luck seeing my cousins but still to no avail, I decided to run back to where I started and even further. 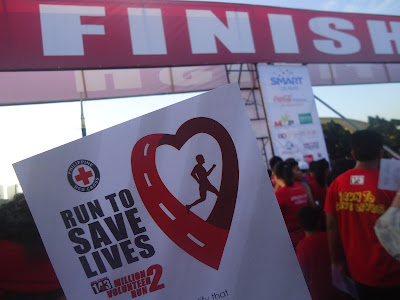 Covered 15 kilometers today, my much needed mileage. Lesson learned on this race, it is always best to take time to see the best in the situation no matter how chaotic or disorganized things may be.

Email ThisBlogThis!Share to TwitterShare to FacebookShare to Pinterest
Labels: fun run, I Run to Save Lives 2013, Philippine Red Cross