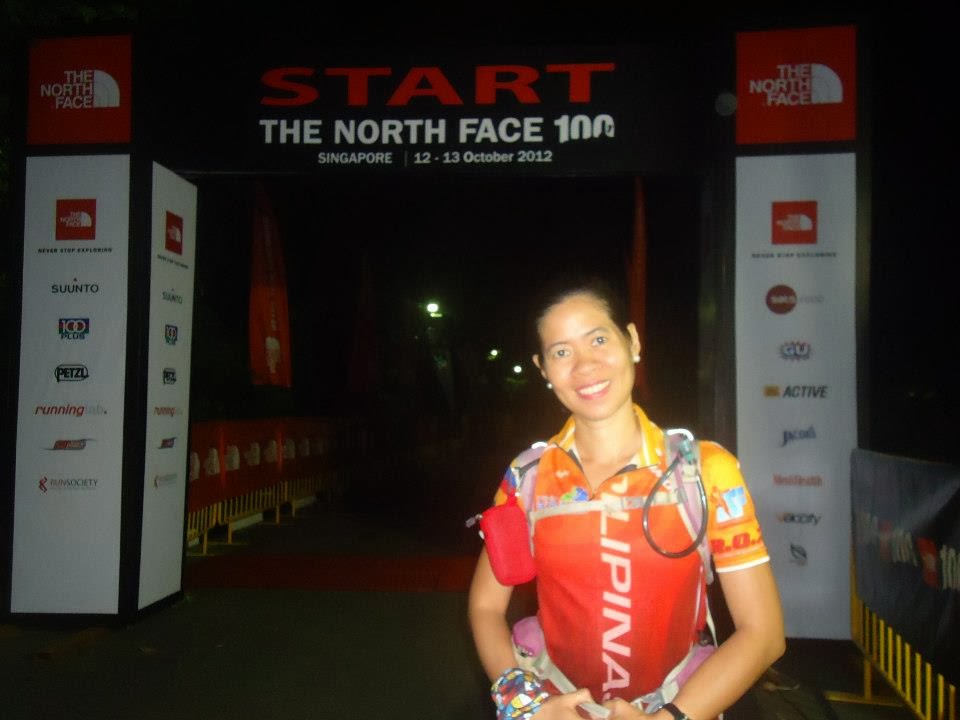 I run this race in the past two years, YR2010 was 50km Duo with Joy Carreon﻿ as my partner (Team Pinay) and  last year was 100km Duo with Juliet Cayabyab﻿ (as Team Pinay still- if I remember it right). I was able convince them both to do this crazy thing with me,  they agreed and both  of them did well on both distances despite the fact that it was their very first time to run such distance on a trail.


This year, as the 100km category becomes open to anybody who are interested without any qualifying time, I  take the challenge and hope to be able to finish the race within cut off time. Speed is always my challenge and as I have been doing some training runs on the past few months, I registered for this race hoping that my training will be sufficient enough for me to tackle the trail  on a faster pace, faster speed. 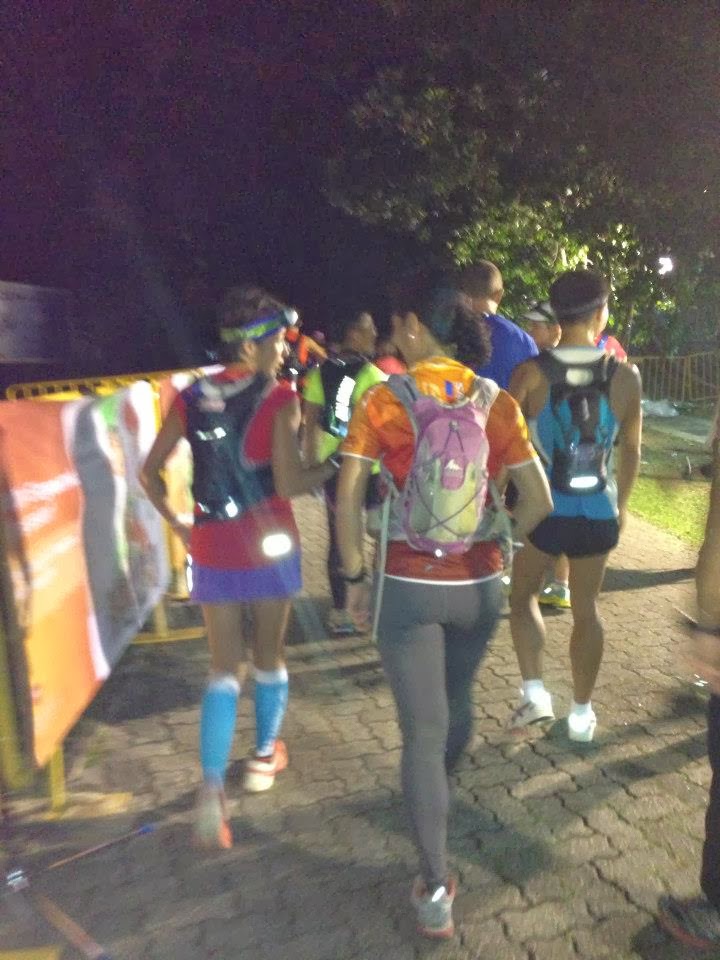 My experience of running this route last year will be a big help, that's what my friend Kelly told me after she oriented me of how the route will go this year. Carrying the Philippine flag at my left sleeve of my jersey, I  come to the starting line really excited, no jitters, not scared. I know this is going to be fun. I just have to keep in mind my goal of reaching  the 4 check points at my target time and I will be able to cross  the finish line within cut off time. 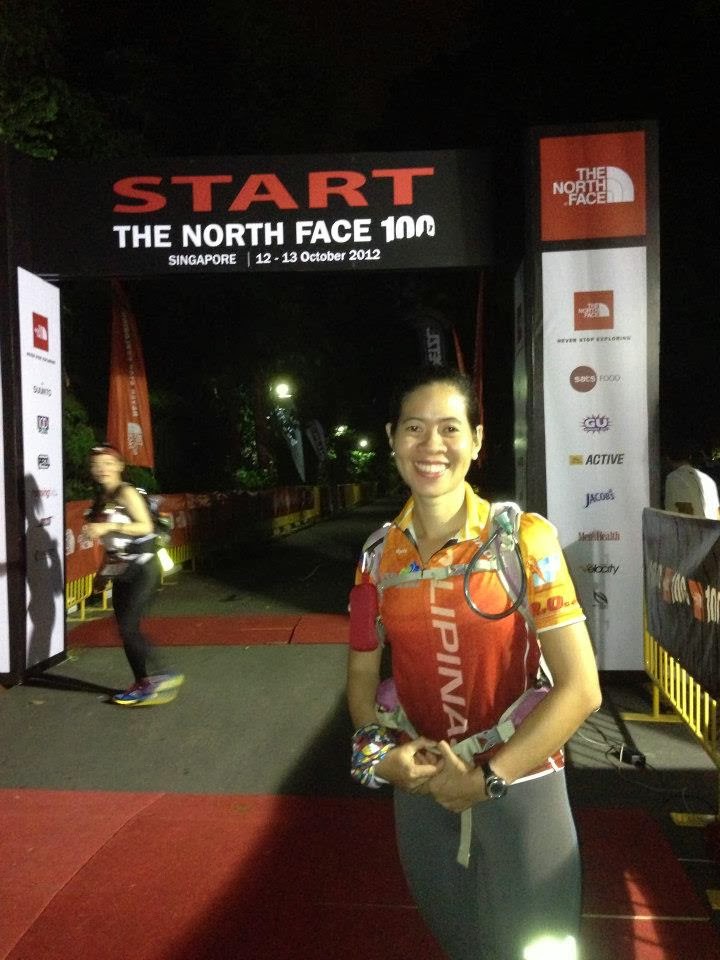 At exactly 11pm of October 12, as the only Filipino running for this race, all the 100km runners were released. I just take my own running pace in the dark. True enough of my 2 years running this trail, I still remember how it goes,  the uphills, downhills and the flats. Though it has three minor changes, basically it's still the same. It was humid but I just take my own time, hydrating, taking something solid, I was running most of the time, other runners catch after me, sometimes I pass by other runners.


The trail is just perfect especially at night, but it was my body that was not. Though I did not notice it at first. It was on my return to the first loop that I noticed I did not feel any need to have a pee break, which I thought probably it was just because I was just sweating due to the humidity. I was far ahead with my schedule time. On my way back, as I was alone, I decided to pee at the side of the trail and still  I did not notice anything.


Less than 7 hours, I was almost done with the first loop, I was running with Amos, an SG runner in the dark looking for the trail as there was no signage visible at this time. As the day breaks, we figure out we are not lost and on the right track. Upon reaching the Golf Course I just let him run ahead, I slow down, need to replenish food and I am thinking I should use the toilet upon reaching the first loop. I reached the first loop in 7hours and 45 minutes, but everybody was just in hurry, to my surprise I did things in a speed too to the point of not bringing my sunglasses and putting on my sunblock lotion and most especially forgetting to drop by the portalet. 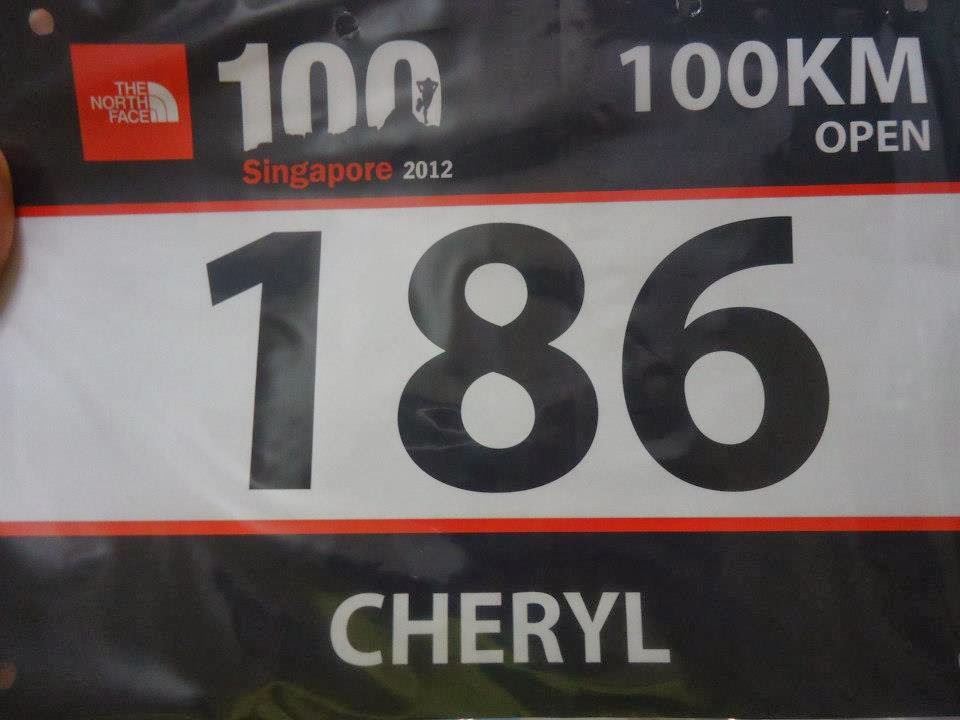 Even before reaching the first aid station on the second loop, I have been wanting to use a toilet, which I did beside the trail that which is covered by trees away from the other runners. I know something is wrong, there is blood on my pee, I know I have my monthly period but this is different. Now my thoughts wandered, what happened, I have been drinking lots of fluids, what could be the cause. I started to drink more water, but all the more I feel I needed to go to the toilet and when I did I only pee very little and with blood. 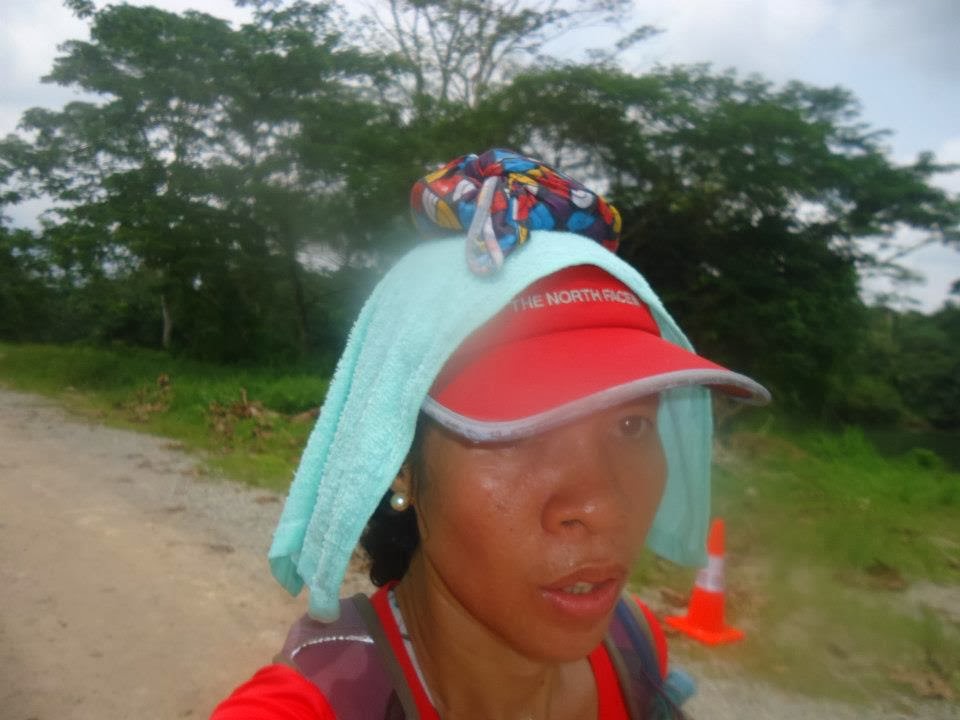 Since then I really become so scared, I have to watch my body, I've been thinking of pulling out from the race but the thought that I need to finish it keeps running on my mind. I become scared, this is the very first time that I experience such and I do not know how to react. Until I decided to just slow down and really listen to my body. Other female runners pass by me, it's all ok. 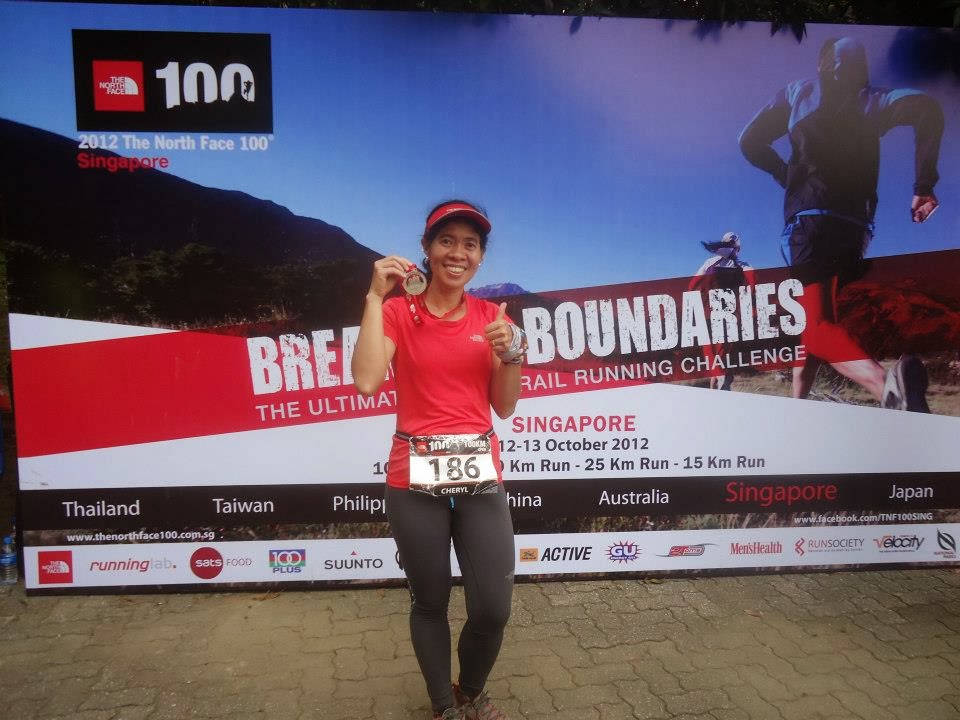 My thoughts, for as long as I can still stand, and I can still move my foot forward I will finish this race on my own slow pace. The finish line,  the medal and being the only Filipino doing this race really inspired me to keep going,   to push further despite my condition. The cheer of other runners from other distance helped a lot and the help of the support stations really matters a lot.


As I haven't been eating and hydrating well in the last 20km, my only prayer was that I will not collapse few meters before the finish line. And I am glad I did it, crossed the finish line with two arms up on the air two feet on the ground. As I said it was not my toughest 100km trail but it was my scariest of all my runs. I am happy I push for it (but I know I have to see a doctor as well). I finish faster than my target time, I did it in 17 hours and 29 minutes.
Posted by Curly Climber at 7:49 AM