Everything “out there” is You. You are One With Everything. One with God. One with all other human beings. One with the Earth. One with Life Itself, in all its forms.

I thank the opportunity to leave the busy life in the city once in a while and witness the vast horizon full of natures beauty. My source of energy. 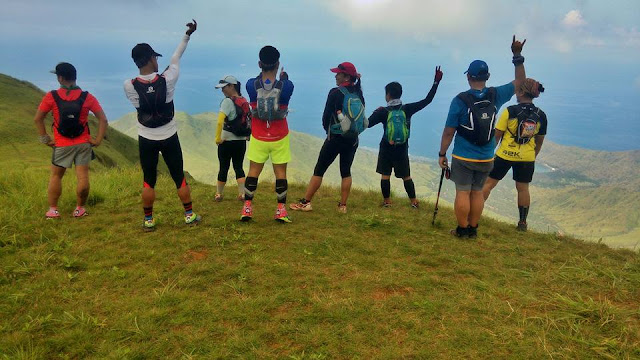 Mother earth is my playground and I am so at peace being one with it. Yesterday was just that moment. After almost 3 hour car drive from Manila, eight adventurers in high spirits arrived the plains of Zambales hoping to traverse 4 mountain peaks. I have been to Zambales several times and been to its mountain peaks for few climbs in the past. The group started with Mt. Balingkilat. Together with our local guide we left at the jump off area 5:30am with our torches on. As the dawn breaks, the several surrounding peaks with few low clouds becomes visible up to the vast plains all green and  several coves down the sea. A lovely and breath taking view to witness. 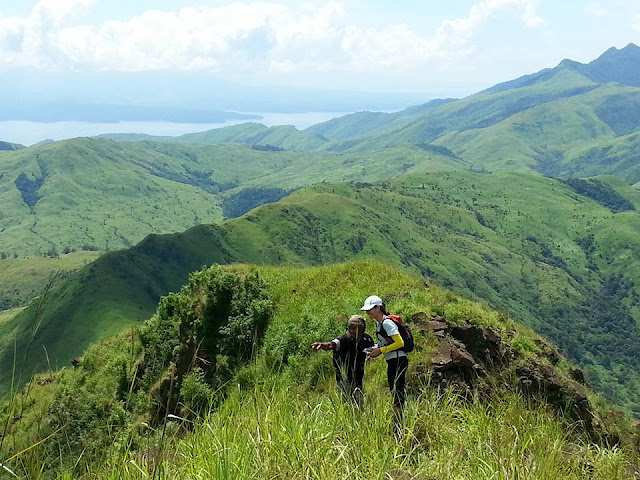 Mt. Balingkilat with over 1 thousand meter high is the highest peak on this side of Zambales. The single track trail with lash bushes on both sides and some parts slippery early part of the trek/run is a good warm up to start with. But this mountain is not a walk in the park trail to do as well. As our elevation gain went higher, trail slowly goes steeper and some parts treacherous scrambling on rocks and stones. As the sun goes higher so is the temperature. With very few scattered clouds and an open mountain peak, it is expected that we will have a sunny trek for the day. 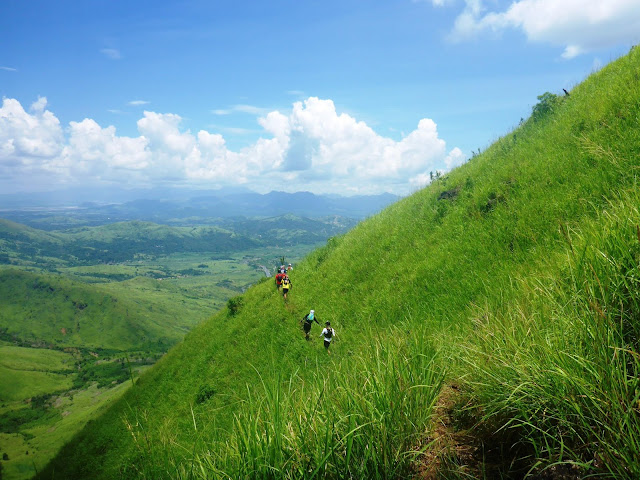 I struggled the uphill on the first few minutes until I  slowly got my rhythm.  After few rest stops on the slopes,  the group arrived at the peak faster than expected and was granted with a 360 degree view. A breathtaking sight to witness. An awesome 360 degree view with Silangin Cove at the back, Anawangin Cove and Nagsasa Cove in front.  One can also see the overlooking view of Mt. Pundaquit and the islands of Capones and Camara. Plus the the unlimited neighborhood mountains peaks so green like Mt. Bira-Bira, Mt. Mabiga, Mt. Dayungan and the famous mountain of Cinco Picos. Everything is just really a beautiful place to play. With the breathtaking view, the group cant help but stop once n a while and take  photos. 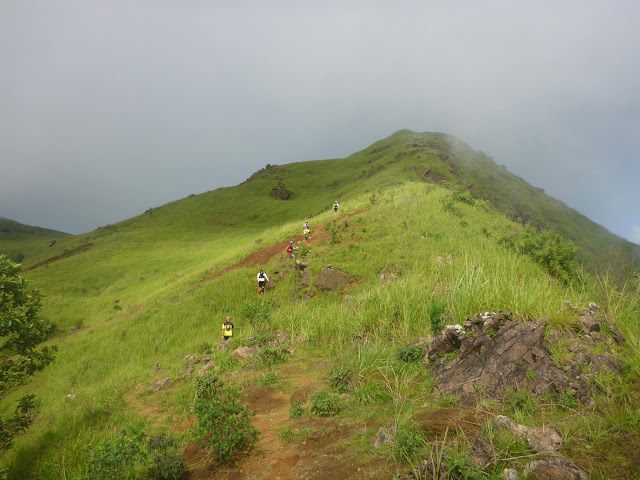 The group went down through Hunter's Trail now under the scorching heat of the sun. An open trail with no clouds it was just really very hot. But I was enjoying hopping from one boulder to the other while traversing the ridge going up and down. Looks easy looking from the mountain ridge where we are heading but its not,  most especially that the heat was just getting higher. After a short break for lunch on a lone tree beside the trail,  we decided to move down. Upon reaching the saddle of Mt. Bira-Bira just a little past 12:00noon the group has to make a decision. Though we just stop for lunch few minutes earlier, most of us run low of water already and of food too. It  has been estimated that it will take us another two hours to reach Mt. Mabiga before going to Mt. Dayungan then Sinco Picos. Given our situation we head down to where we started. 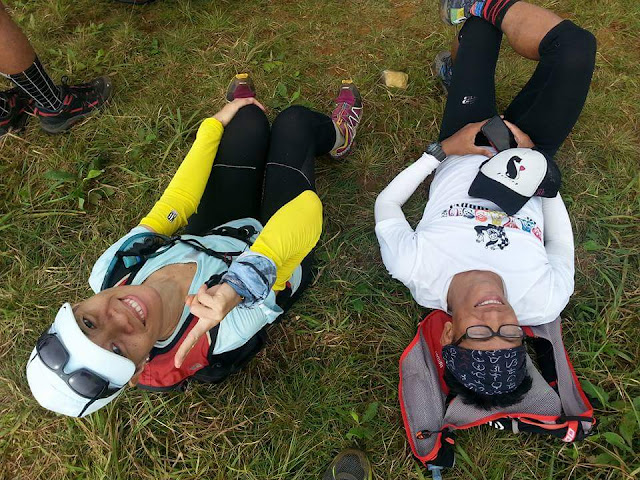 We ended traversing two mountain peaks, Mt. Balingkilat and Mt. Bira-Bira that gave us over 8 hours of running and trekking covering over 11km distance with over a thousand elevation gain  on the mountain slopes of Zambales under the scourging heat of the sun. That already made my dose of energy full enough to face me another week of adventure in the city before I head again on the mountain. Once again I gave thanks to the force up above for giving me the chance to enjoy nature with the company of friends who work hard to  fulfillment  a dream. Keep pushing Mountain Goats, together lets conquer our fears and achieve our dreams. Thank you Conqueror Pilipinas leader, Miss Jackie for organizing this getaway. 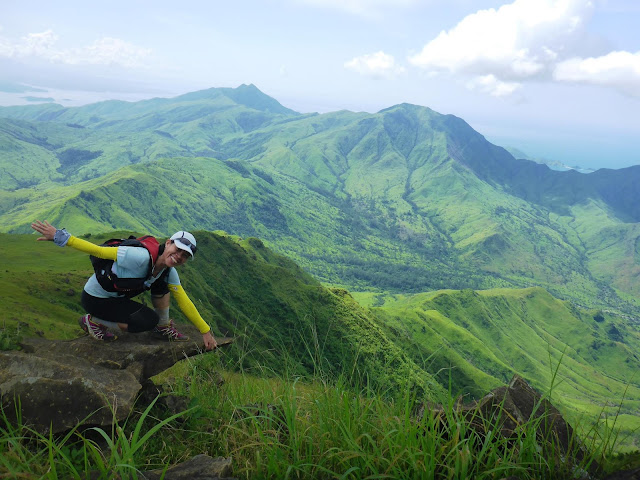 Posted by Curly Climber at 6:54 AM